An overview of passive radar imaging techniques and results 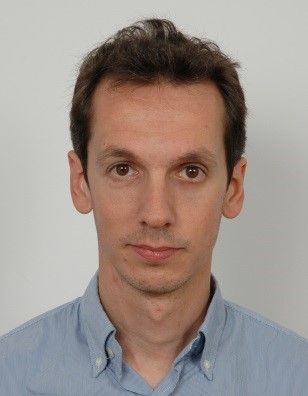 Dr. Diego Cristallini was born in Terni, Italy, in 1981. He graduated cum laude in Telecommunication Engineering in May 2006 from the University of Rome “La Sapienza”. In received April 2010 Dr. Cristallini received the Ph.D. degree in Radar Remote Sensing also from the University of Rome “La Sapienza” with a thesis entitled “Innovative adaptive techniques for multi-channel spaceborne SAR systems”. From December 2009 to February 2015 he has been with the Array-based Radar Imaging Department of the Fraunhofer Institute for High Frequency Physics and Radar Techniques FHR in Wachtberg, Germany. During this time, he has been working on the development of innovative space-time adaptive techniques for clutter suppression in multi-channel airborne radar systems, with special attention to bistatic systems and to highly non-homogeneous clutter environments. Since March 2015, he is leading the Team on Passive Covert Radar in the Passive Radar and Anti-Jamming Techniques Department of Fraunhofer FHR, Germany. From March to June 2020, he has been visiting scientist at Defence Science and Technology (DST) Group in Edinburgh, South Australia.
Cristallini is co-chair of the NATO-SET 242 group on “PCL on moving platforms” and he has been lecturing for the NATO LS-243 “Passive Radar Technology”.
Dr. Cristallini received the Best Paper Award at EUSAR 2014, co-authored the Best Poster Award at EUSAR 2018, and he was co-recipient of the 2018 Premium Award for Best Paper in IET Radar, Sonar and Navigation.

Prospective authors are invited to submit an abstract of 4 pages maximum (including diagrams and illustrations) by 15 March 2021.

Please submit your paper online at the conference website

Successful authors will be invited to submit a full paper of 6 A4 pages maximum by 30 June 2021.